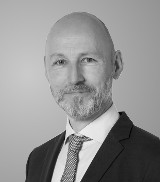 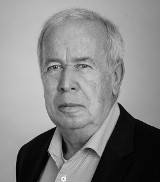 In 2008/2010, Liechtenstein completely reformed and modernized its foundation law and tax law, leaving its tax evasion past behind and adapting to international standards.
Liechtenstein is not an EU Member State, but is a member of the European Economic Area (EEA). The EC and TFEU Treaties, as well as the EEA Agreement, guarantee Liechtenstein’s citizens the fundamental freedoms of capital movement, freedom to provide services, freedom of establishment, and freedom of movement of goods within Europe. The treatment of freedoms and prohibitions of discrimination in the EEA is identical to those that apply within the EU. Most of the EU directives, EU regulations, decisions and recommendations issued by EU institutions are integrated unchanged into the annexes of the EEA Agreement and thus also acquire legal force in the EEA member state Liechtenstein after national implementation.

In the so-called „Liechtenstein Declaration“ of 2009, Liechtenstein committed itself to the unrestricted implementation of the OECD standards on the intergovernmental exchange of information in tax matters and was subsequently able to conclude a large number of double taxation agreements with OECD-compliant information exchange clauses, including with Germany in 2011, as well as agreements on the automatic exchange of information with the EU and on the US FATCA regulations.
With the conclusion of these agreements, the foundation in Liechtenstein can no longer be used for the purpose of tax evasion. Since the opening, it no longer encounters any reservations internationally, both in terms of civil law and taxation.